Written by Toni Skoko
Updated over a week ago

Your advanced report dashboard will appear:

Advanced report gives you a more detailed overview of your mentions than a basic report.

Before studying the graphs, you can choose a topic you want to be analyzed and set up a preferred time period:

The process for setting up the topic and time period is exactly the same as on a Basic report dashboard.

To apply the topics and time period you’ve chosen, click on the blue Apply button on the far right (see the picture above).

Once you’ve clicked Apply, the dashboard will refresh with the following charts:

NOTE: Every chart has a refresh feature. Hover your cursor over the chart and the refresh button will appear in the top right corner, as was the case for the Basic report dashboard.

MENTIONS OVER TIME BY SOURCE

This graph shows how your mentions performed over the selected time period for each specific source.

Number 1 on the picture above: By hovering your cursor over the graph line on a specific date, you can see the exact number of mentions by the source on that day. If you click on a graph line specific to one source, e.g. a Website graph line, a window with a list of all Website mentions on that day will pop up.

Number 2 on the picture above: You can download the chart by clicking on the three dashes icon in the top right corner of the graph.

Additionally, you can exclude a source from the chart by clicking on that source’s name on the top of the graph: 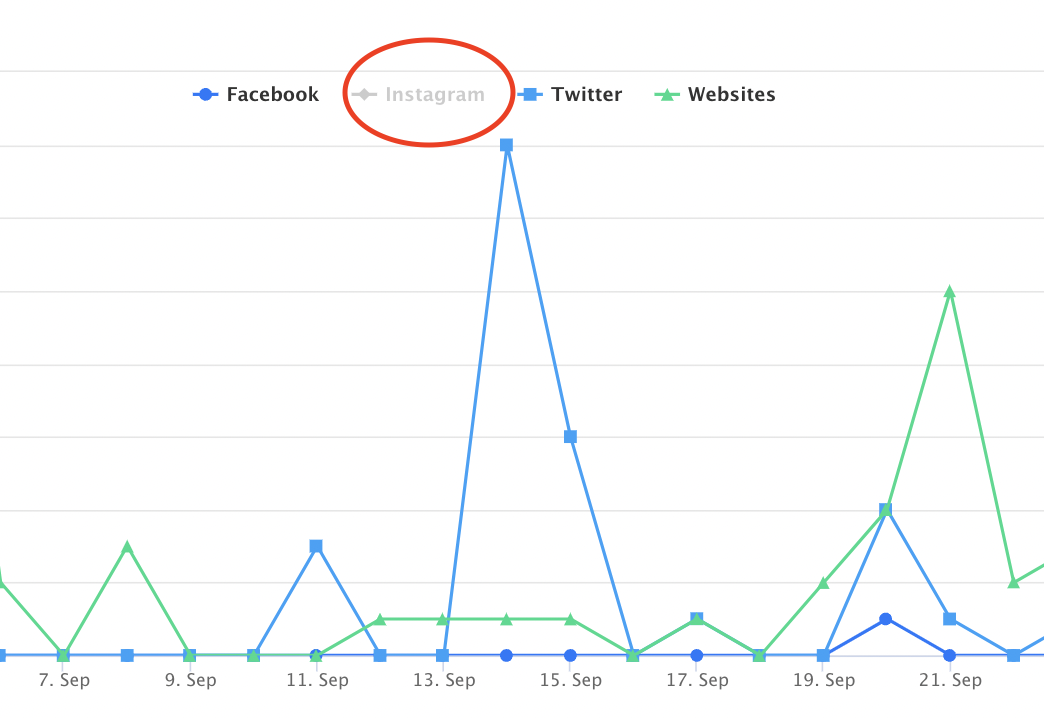 You’ll notice that, in this example, Instagram is excluded from the graph, and you can no longer see the Instagram graph line on the chart (you’ll know a source is excluded by the grey color of that source on the top of the chart; circled on the picture above).

This graph shows the ratio of positive and negative sentiment. 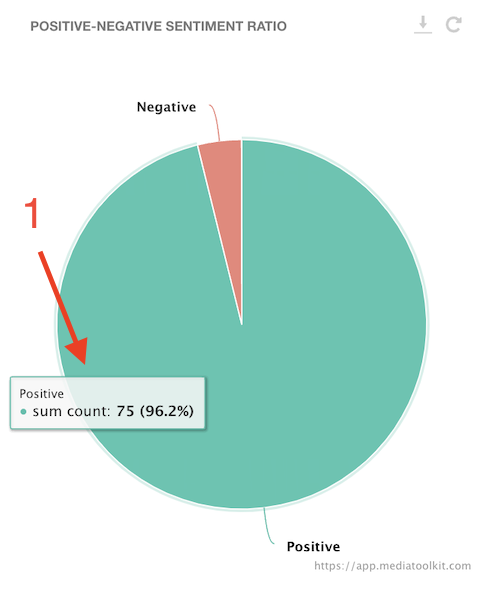 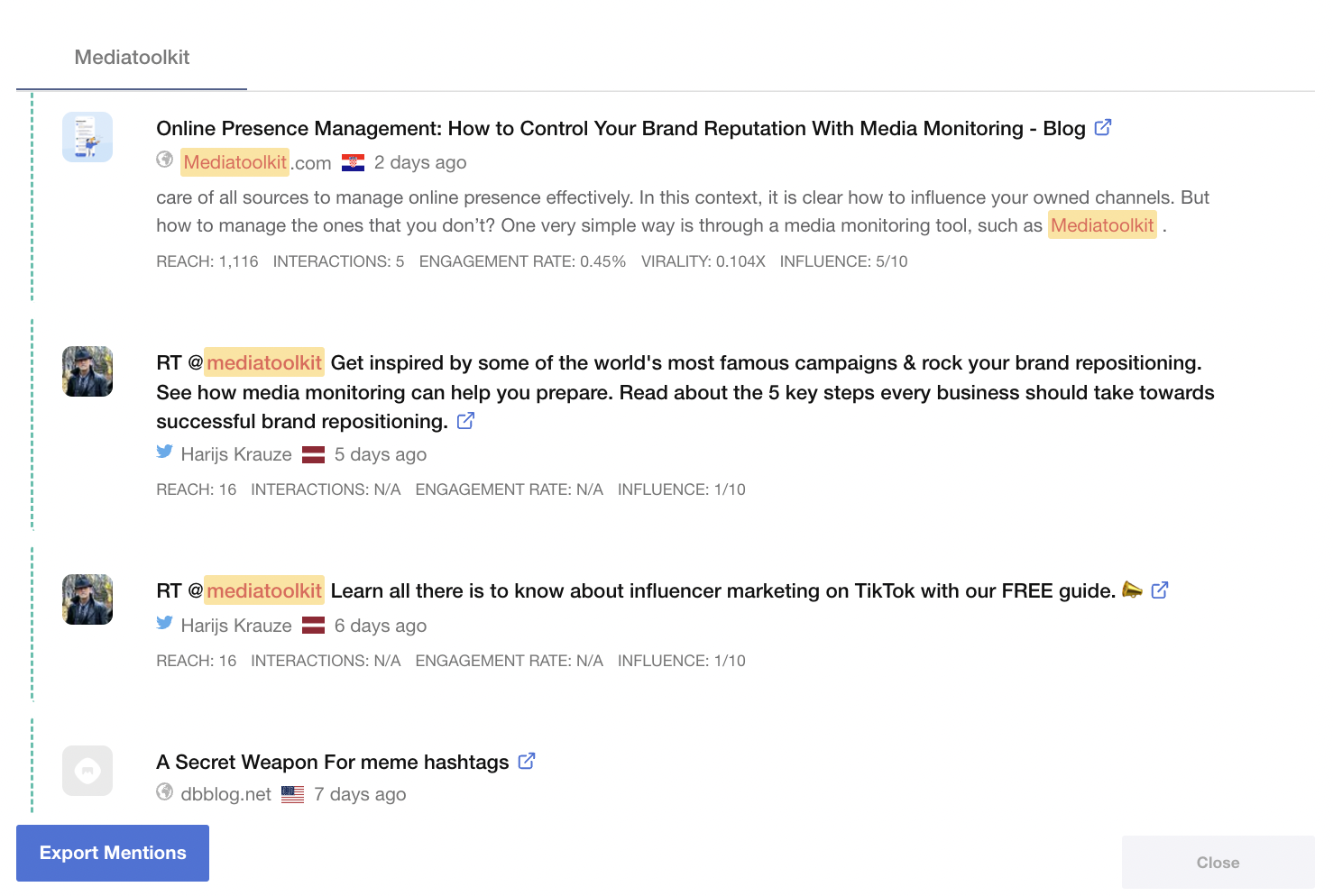 TOP INFLUENCERS BY NUMBER OF MENTIONS 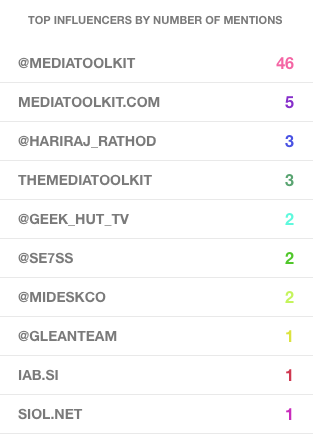 If you click on an influencer, a window with a list of all their mentions will pop up.

This graph shows who mentioned you the most on each source. The list of influencers is separated into columns – each column corresponding to one source: 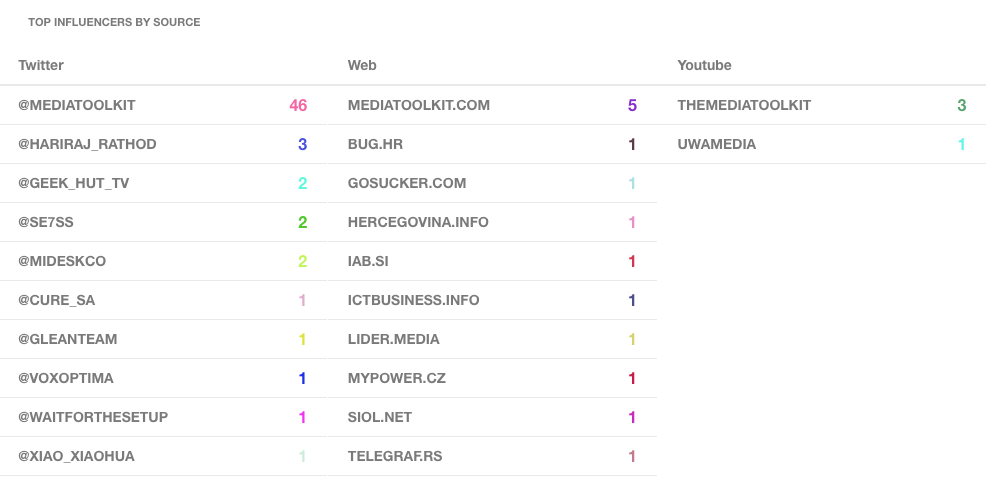 When you click on an influencer for one source (for instance, @mediatoolkit on Twitter), you’ll see all mentions from the influencer (@mediatoolkit) originating from that source (Twitter).

This list shows the influencers whose mentions had the biggest reach for each source individually. It is separated into columns – each column corresponding to a source. On the left of each column is the influencer, and on the right is that influencer’s reach.

By clicking on an influencer, you open a window with a list of that influencer’s mentions.

This is a list of the top ten locations by the number of mentions, i.e. it shows you a list of the countries that produced the most mentions for your query: 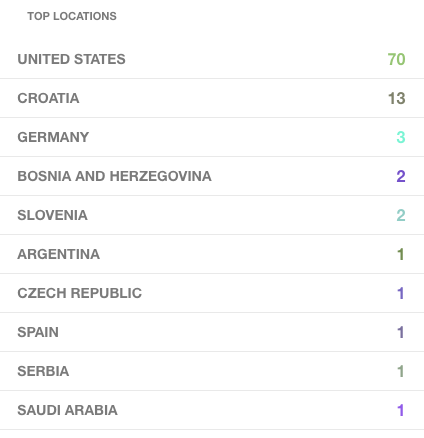 By clicking on a country, you’ll open a window with a list of all mentions from that country.

This is a list of the most frequent languages in which your mentions were published. 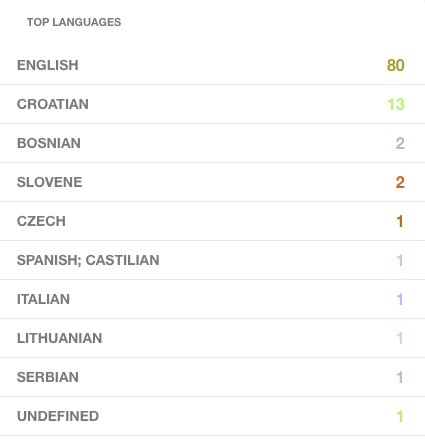 If you click on a language, you’ll open a window with a list of all mentions published in that language.

This graph shows positive, negative, and neutral sentiments over a selected period of time.

Number 1 on the picture above: If you hover your cursor over a specific date, you’ll be able to see the exact number of positive, negative, and neutral mentions.

Additionally, if you click on a sentiment graph line, e.g. a positive sentiment line graph, on a specific date, a window will pop up. In this window, you’ll be able to see a list of all positive mentions on that day.

Another thing you can do is exclude a sentiment from the graph. You can do this by clicking on sentiment at the top of the chart:

To include the sentiment back onto the chart, just click on the sentiment again (you’ll know it is included if that sentiment is now again colored and its graph line shows on the chart).

This list shows the influencers that mentioned you the most in positive and negative sentiment. There are two columns – one column is for positive sentiment, the other for negative:

If you click on an influencer, you’ll be able to see a list of all their mentions in the window that pops up.

Check this video for more information on how to create advanced reports:

Did this answer your question?